Podyjí Special Protection Area is located in southern Moravia on borders with Austria near the city of Znojmo. The centre of the area is the river Thaya (Dyje). Bird area is also part of the Podyjí National Park. Local landscape are mainly uplands with valleys and meanders created by the river Thaya (Dyje) and its affluents. A large part of territory is covered with forests, mostly oak, hornbeam, beech and alder trees.

Area is protected because of the barred warbler (Sylvia nisoria) and the Syrian woodpecker (Dendrocopos syriacus). The barred warbler occurs in the eastern part of the bird area. Mostly it nests in the brier bushes. The Syrian woodpecker is regularly nesting mainly in the southeastern parts of the national park and it occurs especially in orchards, gardens and alleys.

On the territory of the national park was observed over 170 different bird species. Except of the Syrian woodpecker there is also the black woodpecker (Dryocopus martius), the middle spotted woodpecker (Dendrocoptes medius) and the grey-headed woodpecker (Picus canus). Amongst other species belongs the corn bunting (Emberiza calandra, Miliaria calandra), the red-backed shrike (Lanius collurio), the woodlark (Lullula arborea), the European nightjar (Caprimulgus europaeus), the hoopoe (Upupa epops) and the Eurasian wryneck (Jynx torquilla).

From owls lets mention the Eurasian eagle-owl (Bubo bubo). In the forests we can find the black stork (Ciconia nigra), the European honey buzzard (Pernis apivorus), the red-breasted flycatcher (Ficedula parva), the collared flycatcher (Ficedula albicollis) or the stock dove (Columba oenas). By the river Thaya (Dyje) we can see the white-throated dipper (Cinclus cinclus) and the corn crake (Crex crex). 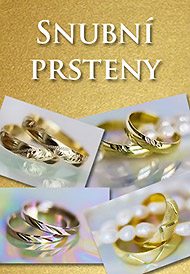